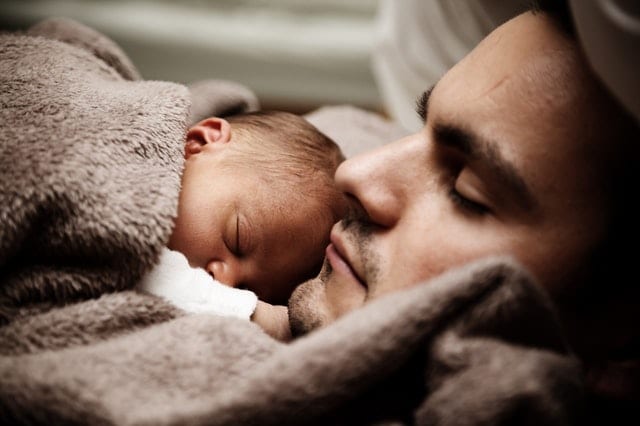 There is a growing recognition that babies benefit from bonding with both parents in the first few months of life and that mothers need support from fathers post-birth. More than other generations, Millennial dads want to be involved in the caregiving responsibilities, and many (especially those in managerial and above positions) express a strong desire to take paternity leave.

In a high employment economy, employers must do more to attract and retain the services of talented workers, especially those at younger ages with longer expected careers ahead of them. So it makes sense for employers to consider the goodwill that expanding parental leave to fathers, as well as the duration for mothers will generate, and whether that goodwill will translate to making the company a more attractive employer. Beyond goodwill, however, there are many more considerations: Will such programs have negative impacts in morale, productivity, performance, and profitability? Do they create a slippery slope leading to a necessity for paid leave for caring for elderly parents?

What Does the Research Say?

A recent article in Scientific American suggested that “conceptualizing paid parental leave as an employer’s token of generosity is fundamentally flawed… Generosity is too subjective to be predictable and much too nebulous to build policy around. Whether employers should provide paid parental leave should not be a moral, but rather an empirical question, one that demands empirical inquiry.”

Though research on the benefits of offering parental leave is just beginning to accumulate, there are some compelling reasons to believe that companies benefit in several ways. For instance, Harvard Business Review research found that companies with higher participation in programs designed to support working parents have higher employee retention and job satisfaction.

An experiment detailed in Scientific American provided six weeks of partial wage replacement for mothers and fathers and found that employers reported either a ‘positive effect’ or ‘no noticeable effect’ on productivity (89%), profitability and performance (91%), turnover (96%), and employee morale (99%). These findings mitigate some of the strongest concerns employers might have for instituting or expanding a paid parental leave program. The study also found that 91% of employers were unaware of any instances of abuse of the program.

As of 2019, the percentage of employers offering paid parental leave had grown 15% in three years to 40%, according to a Mercer survey. About two-fifths of responding employers now offer paid parental leave for both the birth and non-birth parent, compared to only about a fourth of respondents in the 2015 survey, but the median number of weeks remained unchanged.

Large corporations rarely make benefits decisions that don’t project to have positive impacts on their bottom lines, and Walmart is rarely among exceptions to this rule. The retail giant expanded its parental leave policy in 2018 to provide salaried and full-time hourly workers in the U.S. with 10 weeks of paid maternity leave for birth mothers and six for other new parents.

Each employer has unique factors to consider, the greatest of which is what competitors in their fields are doing to attract and retain talent. Demographic factors also play a key role; the younger a professional workforce is, the more compelling paid parental leave tends to be. Implementing a gradual transition over time to an expanded paid leave program is likely to be a decision that many DFW employers will be making over the next few years.